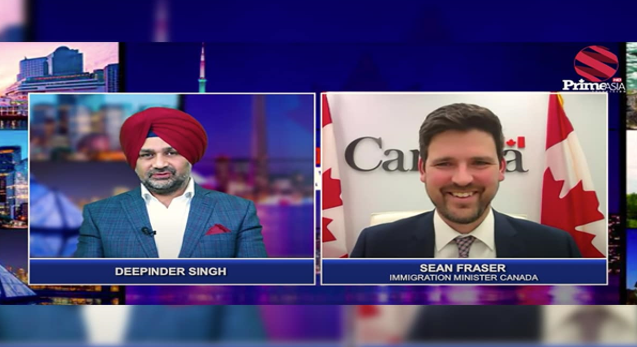 The interview covered a variety of subjects related to the pandemic's challenges and potential future solutions. Fraser discussed his mandate to support immigration pathways for international students and temporary foreign workers, as well as the Parents and Grandparents Program (PGP).

Singh opened the interview by inquiring about the 1.8 million persons who are waiting for a decision from Immigration, Refugees and Citizenship Canada on their applications (IRCC). He stated that the pending applications are sufficient to exceed this year's immigration targets. Canada is anticipated to welcome 411,000 newcomers this year, according to the Multi-year Immigration Levels Plan 2021-2023, though that number might alter once the new targets are revealed in February.

Fraser said the problem began with the pandemic. Canada had to land people who were already in the country in order to meet their target of 401,000 arrivals by 2021, despite travel limitations. He also mentioned that the number of persons applying to come to Canada had increased. As a result, they ended up having two typical years' worth of applications in the inventory, but it does not rule out the possibility of new applications being considered by IRCC.